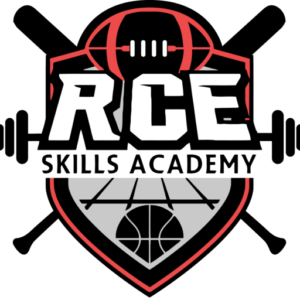 Growing up, I have always been a sports junkie.  I’ve played basketball, football, baseball, softball and ran track.  I represented by elementary school each year at the city wide track meet competing in the 100 yard dash, 200 yard dash and the 4×100 yard dash.  I’ve played various positions in baseball and softball to include second base, hind catcher, and all outfield positions.  I’ve played running back, fullback and linebacker in football.  However, my love is basketball and I love playing the point guard position. I started at point guard from the third grade all the way through high school at Walker High.

After relocating to Harvest, Alabama in 2008, I became an assistant coach in football for the Monrovia Panthers.  The very next year, I became a head coach in the junior division of the Tennessee Valley Youth Football League (TVYFL).  As a coach at Monrovia, I won two championships and one runner-up.

In 2009, I became a head coach in basketball with Monrovia Park and Recreation Association (MPRA).  I have a great passion for coaching and teaching children’s athletics.  Each year at MPRA, my teams were in the championship hunt winning it all on three occasions.  I soon began to realize that winning was not as important as player development and I began to shift my focus to developing young men versus winning championships.  In 2013, I became a board member for the MPRA basketball league and was the catalyst drafted the policy and process for what is now known as the MPRA recplus league.

As my son Joshua has progressed through his basketball career, I have continued place my emphasis on player development, however, I have added teaching Christian values as well as mentoring young men to become positive contributors as a part of my coaching emphasis.  Just last year, many of the players on the seventh grade AAU team attended the NJMBC Youth ministry retreat.  This was a spiritual enriching event for all who attended.  I will continue this year with player development, Christian enrichment and a competitive spirit all with the goal of each player culminating their high school basketball careers with a scholarship to play the game they love at the university of their choosing while receiving a free college education.

Coach Mike is a former collegiate and professional basketball player that was born in Anaheim, California. He later moved to Atlanta, Georgia and attended South Gwinnett high school where he got the opportunity to play alongside Lou Williams of the Los Angeles Clippers. He was able to help lead his team to a class 5A state championship in 2003. After high school, coach attended the university of Georgia where he lead his team in both points and assist as a freshman. He later transferred to the University of South Florida where he graduated with a degree in criminology. Shortly after earning his degree, coach Mike went on to play professional basketball overseas. He played in 6 different countries over a 5 year span. While playing in Australia coach Mike averaged 21 points 5 assists and 4 rebounds per game earning him all SEABL first team as well as MVP honors. Coach Mike is devoted husband to Adreana and father to Mj and Ivy Mercer. His experience playing at the highest level and his passion for the game is what makes him one of the best trainers in the southeast.